A History Of Herbalism In the USA

Herbal medicine has a long and unique history in America.  Beside leeches, bloodletting, surgery and a few minerals, all medicine was herbal, prior to the invention of laboratory pharmaceuticals by the German company Bayer in 1899, when they took a compound found in  Willow Bark, synthesized it and made aspirin.  Thus was born the era of “patent” medicine and the era of of side effects.

By the 1890’s in the United States, there were two schools of thought in regards to medicine: the “Regular” and the “Irregular”.  The Regulars were those with a degree from a regular medical school that traditionally advocated treating disease primarily with surgery, bloodletting and purgatives like mercury.   These Regular doctors were struggling to earn a living- there were just too many of them, their schools were a mess, and and with their history bloodletting and mercury, given particularly to women, they had lost a lot of business.

The Irregulars were everyone else, but primarily a distinctive American brand of herbal and homeopathic doctors that called themselves The Eclectics.  American herbal medicine had formed by necessity on the frontier, and was based largely on American Indian knowledge but also European knowledge of the healing plants.  The Eclectics, founded by Wooster Beach, had their first college here in New York City on Grand St. (not far from where many Chinese Herbal apothecaries operate today), and were direct descendants of the early “root doctors” as country herbalists were once called.  As their name suggests, the Eclectics endeavored to combine the best of all the approaches, but they favored herbal and homeopathic treatment, though they also performed surgery when necessary.

There was enmity and much mudslinging between the Regular and Irregular camps.  Within a generation however, (long story short) Regular medicine would overwhelm the Eclectics, primarily due to heavy funding from the Rockefellers, who were interested in promoting the new ‘patent’ medicines.  Denied the kind of funding that the Regular schools received, alternative medical institutions of higher learning  went out of business, with the last school of Eclectic medicine closing it’s doors in Cincinnati in 1939.  Herbalism would not die out, but would be used primarily by country folk, the poor and just-arriving or ethnic groups like the Chinese. 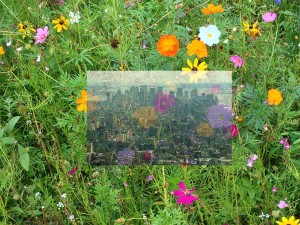 Due to heavy advertising for new medicines, herbalism came to be thought of by much of the populace as old-fashioned and “unscientific”, despite the fact that most of the drugs were inspired by and based on herbs.

Because plants really are the basis of almost all medicine, and because they work so well, we are now seeing a resurgence of herbalism, a “New Electicism”, with regular, licensed MD’s suggesting “alternative” treatments, like diet and exercise and supplements, and with herbalists now calling their plant and nutrition-based approach “complementary” or “collaborative” instead of an “alternative” to regular medicine.  This is good news for all of us.

Dependence on patented pharmaceutical drugs has skyrocket since 1899.   Now in 2013, many millions and millions of  Americans take an enormous number of “patent” drugs.  For example, thirty-two million Americans take statin drugs every day for high cholesterol, yet incidence of death from heart disease continues to climb.   America is now in another health crisis, with cancer rates, ADHD, Parkinson’s, Austism, obesity and diabetes rates skyrocketing.  The “side-effects” era is in full swing, with even aspirin now understood as potentially dangerous, with multiple side effects not found when taking Meadowsweet or Willow bark.  It is now known that apirin was even partly responsible for the high death toll of the Spanish Flu epidemic in 1917  “as the doses used at the time can lead to toxicity, fluid in the lungs, and, in some cases, contribute to secondary bacterial infections and mortality”. *  Today, mis-use, and normal use of prescription drugs is America’s number three cause of death!  Over 17,000 people die annually from popular NSAID pain-relievers like acetominophen, which can cause liver damage.

The patenting of drugs is the single biggest factor in the consolidation of power for Regular medicine in the early twentieth century.  Helped by Rockefeller and Carnegie “philanthopic” donations for education and grants for research, medical schools preaching a chemical, drug-based medicine were re-organized, modernized and invigorated.  No such Rockefeller money found it’s way to the Eclectics or the homeopaths.  Their medicines, primarily plants, could not be patented.  The American Medical Association (AMA) began at this time to accept advertising from pharmaceutical companies in the Journal of the American Medical Association, and consequently saw it’s financial resources skyrocket.  All of this despite the fact that John D. Rockefeller’s personal physician was a homeopath!

Another irony is that plant medicine and herbal healing are probably the foundation of the scientific method itself.  And with the use of modern chemistry, the healing powers of plants are now more deeply understood, which makes their use even more effective.

Regular doctoring has also almost completely ignored preventative medicine, which is another real strength of herbalism.  In China and India, where herbal medicine is the norm, with thousands of years of uninterrupted documentation and evidence, middle-aged people begin taking “adaptogen” herbs, or tonics, to support the aging process and prevent disease.  For instance, an enlarged prostrate, or BPH, a common effect of aging in the west, can be uncomfortable and even perhaps lead to cancer. It can easily be prevented (and reversed) with plant medicine.  Regular medicine offers no treatment.

To this day in medical schools throughout America, the topic of nutrition and diet is almost completely ignored.  One of the first questions an herbalist will ask you will be about your diet, because you are what you eat, and plants are both food and medicine.  Hippocrates, the great Greek and the  “father of medicine” preached in the 5th century B.C., “let food be your medicine, let medicine be your food”.  To this day all graduates of American medical schools must swear to uphold the “Hippocratic Oath”, which is based on his teachings.    His advice for healing: “sunlight, rest, fresh air, good hygeine, simple diet, clean water, and when necessary, (plant) medicine.” I think that makes Hippocrates a Very Early Eclectic.

Since plants have a chemical base that is far more complex than any pharmaceutical drug, herbalism makes perfect sense scientifically, and thousands of studies testify to it’s effectiveness.  The pharmaceutical medicines that originate in plants in the process become very simplified and very concentrated compared to the original source- the plant itself.  The astonishing chemical complexity of plants is thought to be the reason why herbal medicine creates so few and generally very modest side-effects.

The final irony?  The word drug itself comes from the old Dutch word “droog-vat” which meant “medicinal plants stored in dry barrels”.

American herbalism has the potential to be the best in the world.  We have all the plants of North America coupled with the extensive knowledge of the Native Americans for their use; most of the European plants and that knowledge; and with the large Chinese immigrant population in cities like New York, who still rely on traditional Chinese herbalism (take a walk through Chinatown someday and notice all the herb shops), a huge knowledge base has been created.  Many American herbalists have been studying the ancient Aryuvedic knowledge of the medicines from India as well.  Herbs from South America and the Middle East are now used commonly by American herbalists.  A tremendous synergy has been created, unique in the whole world.  Couple all of this with modern science and understanding and an enormous    new healing potential exists.

Here’s to the new Electicism of the modern herbalist.  It can only help.  It is scientific.  It has stood the test of time. It works.

The plants that aspirin is synthesized from, Meadowsweet and Willow Bark, have no side effects when used therapeutically.

Bibliography: Green Pharmacy: The History and Evolution of Herbal Medicine  by Barbara Griggs